Dharma Realm Buddhist University (DRBU) welcomes Beauty of Ink, the Art of Ink in America Society exhibition and workshops. Beauty of Ink features the art of the soft brush and the aesthetics of line and space that resonate in a number of significant ways. It takes many years of self discipline to master the technical use of the brush, the subtlety of ink, and their relation to a variety of writing surfaces. The ink freely flows from the soft and supple brush, moving across absorbent paper, immediately and indelibly revealing the being of the artist. The interplay between ink-forms and space is a visual reminder that all things, all beings, and all events are interdependent. This exhibition of traditional and experimental calligraphy created by artists from the USA, Europe, and Asia is a reminder that while forms may change, the goal of the art of calligraphy is to cultivate the essential core of the artist’s being.

In conjunction with the exhibition, artists from the Art of Ink in America Society are holding five workshops throughout June and July. Each two-hour workshop includes an introductory presentation of the calligraphy style and its history; a demonstration by the artist; and hands-on practice with individual guidance.

Attend an individual workshop, a combination of workshops, or the entire series of five workshops.

Service scholarships and financial aid are available upon request.
Please email arts@drbu.edu for an application form.

Participants aged 16 or older at all levels of experience are welcome; space is limited.

END_OF_DOCUMENT_TOKEN_TO_BE_REPLACED

With the opening of the Beauty of Ink exhibition and workshops, the Art of Ink in America Society (AIAS) celebrates its fourteenth exhibition season. The Society is dedicated to sharing the excitement of the beauty of ink executed by the soft brush. The kanji 漢字 or ideogram that inspires most of the Society’s artists evolved from abstractions of objects, sounds, and ideas derived from images from the natural world. Sho 書 (as it is referred to in Japanese) can be properly referred to as abstract art; ideograms are not visual representations of objective or natural forms. The modern art of sho explores the expressive possibilities of line and space by deconstructing, reconstructing, and deforming the kanji, to experiment with the aesthetic potential of line and space. But beyond the beauty of its aesthetic forms, the art of the handwritten line reveals the spiritual station of the artist-creator. The pliant brush, free flowing ink, and absorbent paper are the tools through which the artist gives form to his or her inner life. The works on exhibit are avant-garde expressions of the traditional art of sho. 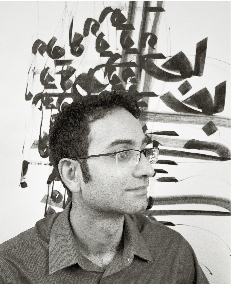 Arash Shirinbab, is an award-winning artist and calligrapher, has managed to become a successful blend of artist, Arabic-Persian calligrapher, and designer, as well as art administrator, art curator, and entrepreneur for the past ten years. He studied industrial and product design at University of Tehran from 2001 to 2006, earning a BA and MA in the field of design. He earned an MBA in Design Strategy from California College of the Arts in 2010.

In 2008 he engaged in classical study of traditional Arabic-Persian calligraphy scripts under masters from the Iranian Calligraphists Association and learned two of the oldest Islamic calligraphy scripts. He has participated in over 70 exhibitions (over 10 solos) nationally and internationally in the U.S., Spain, Poland, Canada, Russia, France, Italy, and Iran. 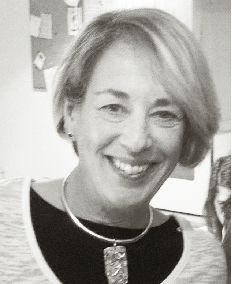 Debra Self's work blends ancient and new, demonstrating timeless themes. She uses traditional Chinese single xuan paper, brushes and bamboo pens, and mixed inks along with Western paints in compositions using Eastern and Western art sensibilities. Storm Within abstracts the characters for "raging fire"; in a burning and wrathful work filled with strong and energetic strokes that have been used partially in mirror image. Self has exhibited in juried exhibitions in California, New Mexico, New York, New Jersey, China, Thailand, and Australia. She has been practicing calligraphy for 16 years and studied with Sun Wuk Kim in Rosa Angeles, CA, and Tom Chow in Los Angeles, CA. She attended an intensive program at the China Academy of Art, Hangzhou, China. Self holds an undergraduate degree in chemistry and two graduate degrees in law. 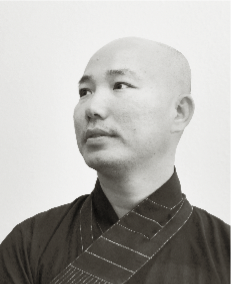 Thich (Reverend) Giac Thien entered the Buddhist order in 1998 under the guidance of Thich Dong Van at Pho Bao Temple in Binh Dinh Province in central Vietnam. While studying Buddhist Philosophy at Van Hanh Buddhist University, he was tutored by Le Quoc Phong, a leading calligrapher. Inspired by the philosophy of yin-yang—the interplay of opposites—Thich Giac Thien developed a fluid style, blending vigorous and gentle brushstrokes to create elegant texts. Thich Giac Thien's newly developed script is ubiquitous throughout Vietnam; the Vietnam Records Book Center declared it to be the most popular font chiseled into stone. His calligraphy includes the digraphs and diacritic symbols that were first developed by the Portuguese and refined by the French to Romanize the Vietnamese language. Thich Giac Thien uses his calligraphic skills to introduce and interpret Buddhist teachings. He has served in a number of temples in Vietnam, United States, and Canada. The Vermont Performing Art League invited Thich Giac Thien to demonstrate his skills at the Vermont International Festival in 2013. 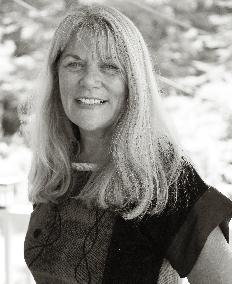 Christine Haggarty has engaged in the practice of East Asian calligraphy for over 20 years. She organizes and teaches workshops in the United States and Europe. She is the associate editor of Kazuaki Tanahashi's seminal work, Heart of the Brush. Haggarty says, “I find calligraphy and meditation remarkably similar, both requiring continuous practice and patience.” 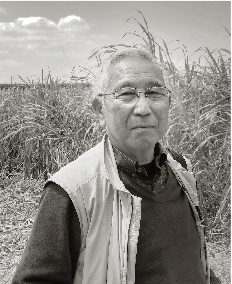 Ronald Y. Nakasone began his study of the art of sho with Morita Shiryū (1912-1998) in 1969. He has participated in a number of group exhibitions in the US and abroad, including with the AIAS since 2002. The Muse de Arte Contemporáneo in Santiago, Chile, hosted his most recent solo exhibition, Formas sin Forma: El Arte de la Caligrafiá Japonesia during June and August 2017. Among his many sho related publications are: “Beauty Is the Color of Truth: The Aesthetic Geography of the Art of Sho,” in Religion: Material Culture (Macmillian Reference, 2016); and “On Learning and Teaching the Art of Sho (calligraphy),” Spotlight on Teaching Religions and Religiosity. American Academy of Religion, vol. 19 no., 2014.

An academic, he has produced more than 150 scholarly publications on Buddhist doctrine, ethics, aesthetics, aging and spirituality, and Ryūkyūan (Okinawan) Studies. He co-edited Asian American Religious Cultures (ABC-CLIO, 2015). Students and colleagues contributed essays to Memory and Imagination, Essays and Explorations in Buddhist Thought and Culture (Nagata, 2010), a festschrift that commemorated his completion of one life cycle (60 years) according to the Chinese zodiac. He received special recognition from the Thai Royal family for contributions to Buddhist Studies in 2008 and was the recipient of the 2011 Sarlo Excellence in Teaching from the Graduate Theological Union, Berkeley, California. He is an ordained Jōdo Shinshū (Pure Land) priest.

Please review our campus guidelines if you are a first-time visitor to the DRBU campus at the City of Ten Thousand Buddhas.